We are living in a time when many are concerned and worried about what will happen in America . The Bible makes it very plain what role this great nation will play in the times in which we live. Join our discussion and learn more about America in Bible Prophecy by tuning in to our broadcast on Sunday, June 18th at 6:00pm (EST) Listen here
Posted by Faithful at 8:59 PM No comments:

Be sure to tune in to our next broadcast on Sunday at 6:00pm (EST)Listen here
Are you ready for the Ultimate Deliverance?
Posted by Faithful at 8:55 PM No comments:

If you missed our broadcast on the Colossal Space City, you can read all about it here It's truly amazing!!!!
Posted by Faithful at 7:48 PM No comments:

You can now tune in to our weekly broadcast every Sunday from 6:00pm-7:00pm (EST)
Listen on radio station 1280AM-WIBB, Macon, Georgia. Live stream at www.adventtruth.org
The Advent Truth radio broadcast is designed to help Christians better understand their Bible. We lift up Jesus as the Only Savior of the world and we make plain the prophetic truths for the times in which we live. The apostle Paul admonishes us, "Study to show approved unto God, a workman that needed not to be ashamed, rightly dividing the word of truth "(2 Timothy 2:15) This is what we teach. We invite you to join us in preparing to meet our Lord.
Each week we bring you a Bible topic that will enrich and enlighten.
We invite you not only to listen, but to let us know how you have been blessed.
Posted by Faithful at 4:45 PM No comments:

Economic uncertainty, hurricanes, pestilences and other fear factors beset us on every side. What do all this mean? Will it all pass away and we return to normalacy and temporal prosperity? Or, is this all converging to a world wide crisis unlike any other the world has ever seen?
The promises of leading politicians, the hopes of prominient bussiness people and personal hopes that things will indeed get better are obscuring what God is trying to reveal to humanity. According to His word, the current events are converging to that great crisis before the return of Jesus Christ. The final movements will be rapid.
Here is a perspective worth paying much attention to.

He continues.
Posted by Faithful at 2:42 PM No comments:

How will it truly end?

Billionaire Bill Gates has some great ideas on how to fix capitalism. He not only thinks that he can make it better for Capitalists like himself; but he thinks that his formula will benefit the poorest on planet earth. Here are some of his ideas.


All man-made solutions instituted by major world empires for human woe have had their cycle of birth, growth, maturity and demise. Capitalism is no different. It has had its birth in the United States of America. It has grown around the world and matured into the most formidable system of government ever conceived by man. But, despite the well-intentioned ideas of Bill Gates and others to save and accelerate this system, capitalism is in its demise phase.

To some degree, his thoughts and observations mirror that which the God of creation has foretold more than 2,000 years ago through His prophets Daniel and John.
The only system that will last forever and ever is God's everlasting kingdom to be ushered in at the soon coming of our Lord and Savior, Jesus Christ. He assures us of how it will truly end. Here's how.

Crude oil.
It is not just for filling your tanks. The world's economy runs on it. It affects every aspect of our lives. There is nothing around us that is not touched by crude oil.
It is a most precious commodity that is controlled by a sinister few with the ultimate purpose of controlling the masses. While the few make billions, the masses suffer. Not only do they suffer, they are being deceived beyond human imagination.
Take a look at this video. It will open your eyes, and hopefully stir you look at the broader picture.

Behind the acts of the secretive few mentioned in this video, there is a more sinister, yeah stealthy power that perhaps even the few mentioned are not aware of. Herein lies the bigger picture.
The God of heaven reveals through His servant Paul, " ...For we wrestle not against flesh and blood, but against principalities, against powers, against the rulers of darkness of this world, against spiritual wickedness in high places...? (Ephesians 6:12)
But, you may ask, where is all this leading and what is their ultimate goal?
Whether you be an atheist or whatever your religious persuasion, you will be affected by their ultimate purpose. That purpose, as revealed by the God of heaven, through His servant John in the book of Revelation, chapter 13, is the world wide enforcement of the
Mark of the Beast. This will be the ultimate means of control with dire consequences characterized by chaos, cofusion, persecution and death on a global level. This not a fairy tale. It is the reality, consciously or unconsciously, with which we are all faced. You must be prepared to make the right choices.
Posted by Faithful at 7:52 AM 1 comment: 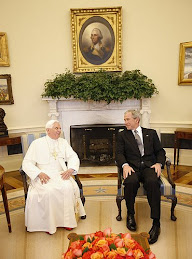 Welcome to the Advent Truth

The Advent Truth is designed to help Christians to come to a better understanding of the Bible. There is much misunderstanding and confusion about the major doctrines of the Bible. These are based on human traditions, eccleseastical pronouncements and self-serving misinterpretations of the word of God.
One can hardly discern what is truth from what is error except but by a personal, prayerful study of God’s word. The apostle Paul admonishes us, “… Study to shew thyself approved unto God, a workman that needeth not to be ashamed , rightly dividing the word of truth…” (2Timothy 2:15). It is the purpose of The Advent Truth to motivate its visitors to indeed follow Paul’s admonition to the young minister, Timothy. .
Ultimately, this blog is focused on helping Christians come to a deeper understanding of God’s word, thus strengthening their relationship with their Creator, Redeemer and Savior. We will help our visitors come to a clearer knowledge of the word of God. Our commentaries will be strictly Bible based. We offer the opportunity for the reader to compare some of the popular false teachings and myths with a “Thus saith the Lord”
We invite you to let's blog about any Bible topic you desire.
Be sure to let your friends and associates blog along with you.

The Sabbath of the Ten Commandments 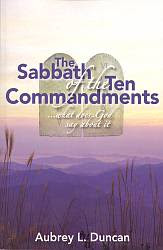 Informative Bible based study on the Sabbath.